The Schneider Group is a medium-sized international transport company that was founded in 1865 and has its headquarters in Basel, Switzerland. We employ 835 people at 56 sites in Switzerland, other European countries, the USA and Asia.

Together with our global network of partners, we plan and coordinate road, air, sea and rail freight transport. We also offer a comprehensive range of additional services that include customs clearance, logistics, special transports and customized industry solutions.

CONSIGNMENTS AROUND THE WORLD EVERY YEAR

A LOGISTICAL SUCCESS STORY FOR MORE THAN 155 YEARS 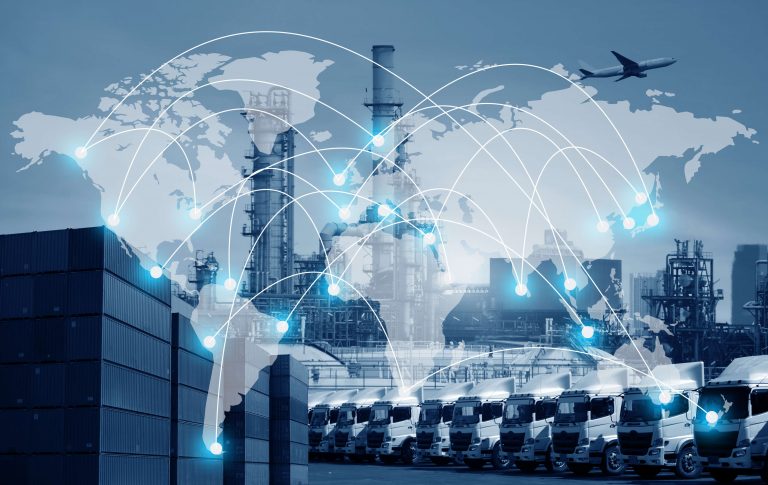 2023
With the acquisition of Global Freight Connections (GFC), based in Basildon (UK), we strengthened our activities in the UK and Greater London at the beginning of the year. We obtain IFS certification for the road transport of packaged food.

2022
The Schneider Group expands further in the summer. With the investment in Globaltrans, headquartered in Düsseldorf, the expansion on the German market follows. The name change of the subsidiary SLT, with customs offices close to the border in Austria and Liechtenstein, to Schneider Logistik & Transport Anstalt follows the trend of integrating individual branches into the large Schneider Transport group of companies.

2021
With additional branches in China (Chongqing, Beijing), India (Bangalore, Chennai) and Indonesia (Jakarta) and a second office in Dubai, the Schneider subsidiary FIBS continues to successfully expand in the Asian market. Acquisition of the Mercur Group with locations in Germany and Italy.

2020
The Schneider Group is expanding. With the acquisition of the logistics company NOVA TRAFFIC in Kloten (Switzerland), Schneider is further expanding its product portfolio. In addition, Schneider enters the German market for the first time through its investment in APRIORI at its Wangen site in the Allgäu region. FIBS expands to include locations in Singapore, Dubai, India (Delhi, Mumbai) and Thailand.

2019
In May, the first branch of Schneider's subsidiary FIBS is opened in Hong Kong (China). The name FIBS stands for "Founded In Basel Switzerland". Further branches will follow in Shanghai, Guangzhou, Shenzhen, Ningbo, Qingdao, Tianjin and Xiamen by autumn.

2018
André Strebel has been appointed as new CEO of Schneider Group. At the same time, the executive board and investor base are being extended. To expand its e-commerce business, the group is buying a majority stake in Total Freight Management GmbH based at Zurich Airport.

2017
Schneider is maintaining a modern corporate design emphasizing tradition and experience. The group’s French branches have been granted AEO status and its Geneva office has been certified as a secure provider of in-flight supplies at Geneva Airport. The acquisition of Prime Transport USA is strengthening Schneider’s market position in consumer products logistics.

2016
The new strategy lays the cornerstone of the group’s digitalization. Its Dutch subsidiary has acquired AEO status. Business in the USA is being bolstered by the takeover of Transcontainer Transport Inc., New York.

2015
In the year of its 150th anniversary, Schneider took over SLT Speditions Est. to add to its customs clearance expertise. Schneider entered into a partnership with the Swiss investment company Invision.

2009-2011
Management bought a share in the company to preserve its independence. Schneider took over Glob-Sped AG to expand its range of services. 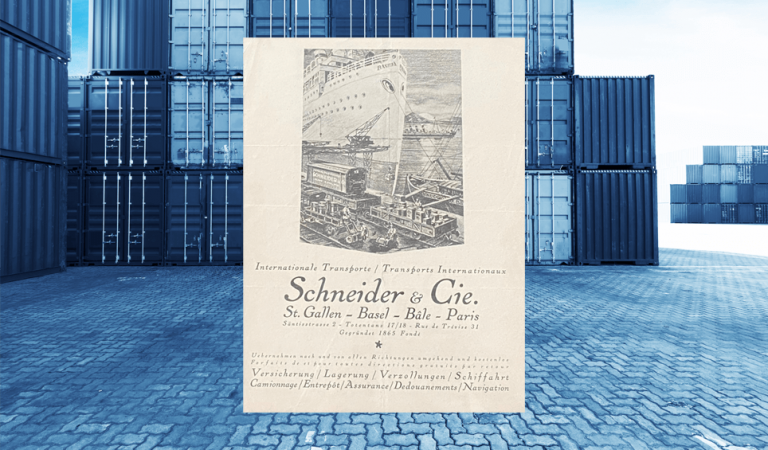 1990
The European platform was launched in Saint-Louis in Alsace.

1989
Schneider opened new sites in Paris, Lyon and Saint-Louis. In the same year, it set up a subsidiary in the Netherlands.

1986
What had previously been a trade delegation in New York was transformed into an independent company.

1976
Schneider opened new sites in Kloten and Geneva and its involvement in the airfreight business began.

1968
The company moved into its current headquarters in Basel. 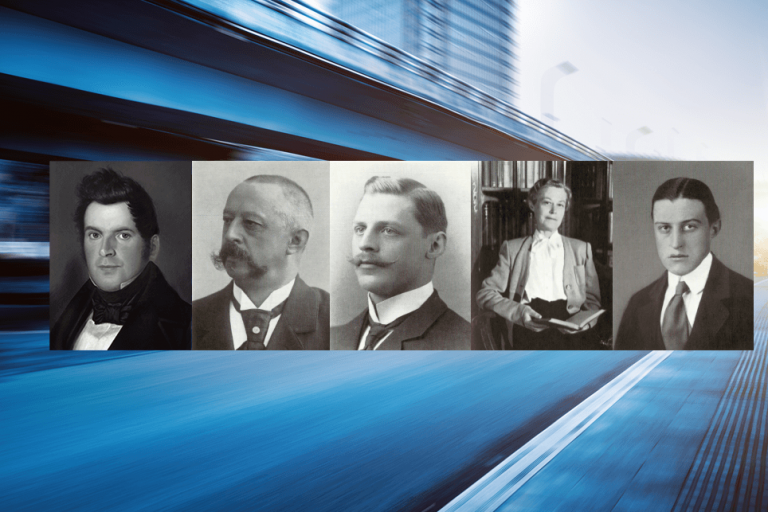 1910
The establishment of the company’s site in St. Gallen led it to specialize in the transport and customs clearance of textiles and woven straw materials for the fashion industry in Paris.

1899-1910
After acquiring a share in a company in London and setting up a commercial site in Paris, Schneider began to focus on international business.

1871-1899
Schneider organized the transport of goods between the three railway stations in Basel. The first groupage transport to other countries was arranged, including exports of cheese to Tsarist Russia.

1871
After the death of Dietrich Wölfflin-Lotz, the Schneider family bought the business.

1865
Dietrich Wölfflin-Lotz founded a commercial haulage and commission agency that traded in goods and carried out commission, banking and debt collection activities. The managing director was Erhard Schneider, a businessman from Basel.
2023
With the acquisition of Global Freight Connections (GFC), based in Basildon (UK), we strengthened our activities in the UK and Greater London at the beginning of the year. We obtain IFS certification for the road transport of packaged food.
2023
2022
The Schneider Group expands further in the summer. With the investment in Globaltrans, headquartered in Düsseldorf, the expansion on the German market follows. The name change of the subsidiary SLT, with customs offices close to the border in Austria and Liechtenstein, to Schneider Logistik & Transport follows the trend of integrating individual branches into the large Schneider Transport group of companies.
2022
2020-2021
Expansion through the acquisition of the logistics company Nova Traffic in Kloten and entry into the German market though the investment in Apriori at the Wangen im Allgäu location.
2020-2021
2018 - 2019
André Strebel becomes the new CEO of the Schneider Group. Development of the eCommerce business through the acquisition of TFM in Kloten.
2018 - 2019
2015 - 2017
Partnership with the Swiss investment company Invision for the 150th anniversary. Acquisition of TTI and Prime Transport in the USA.
2015 - 2017
1989 - 1990
New branches in Paris, Lyon and Saint-Louis, as well as in the Netherlands.
1989 - 1990
1976
Entry into the air freight business in Kloten and Geneva.
1976
1871 - 1910
First transports abroad e.g. cheese exports to Tsarist Russia or textiles to the fashion metropolis of Paris.
1871 - 1910
1865
Company founded by D. Wölfflin-Lotz. Erhard Schneider, a businessman from Basel, becomes managing director.
1865

Our corporate values form the basis of everything we do.

We treat our customers, employees and business partners with respect and our relationship with them is based on an open dialogue. We keep our word and our promises. For us, respect and trust form the basis for working successfully with others.

Through our entrepreneurial independence, we develop transparent, honest and optimal solutions for our customers.

With energy, enthusiasm and expertise, we work hard every day on our customers behalf. For us, being close to our customers is an essential aspect of providing outstanding services. We provide our customers with personal support, helping them to overcome their challenges and achieve success. We are maintaining close, long-term relationships with our customers on all levels of our organization.

We work in a value-creating and responsible manner at all hierarchical levels and in all business areas. We strive for sustainable success and treat our company and its resources with care. 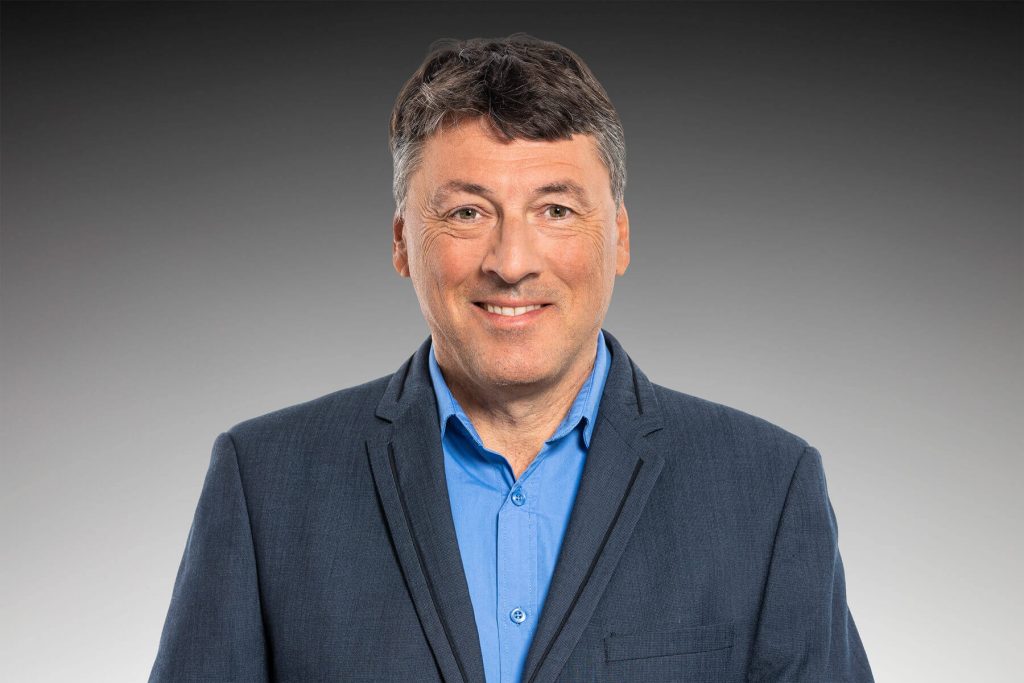 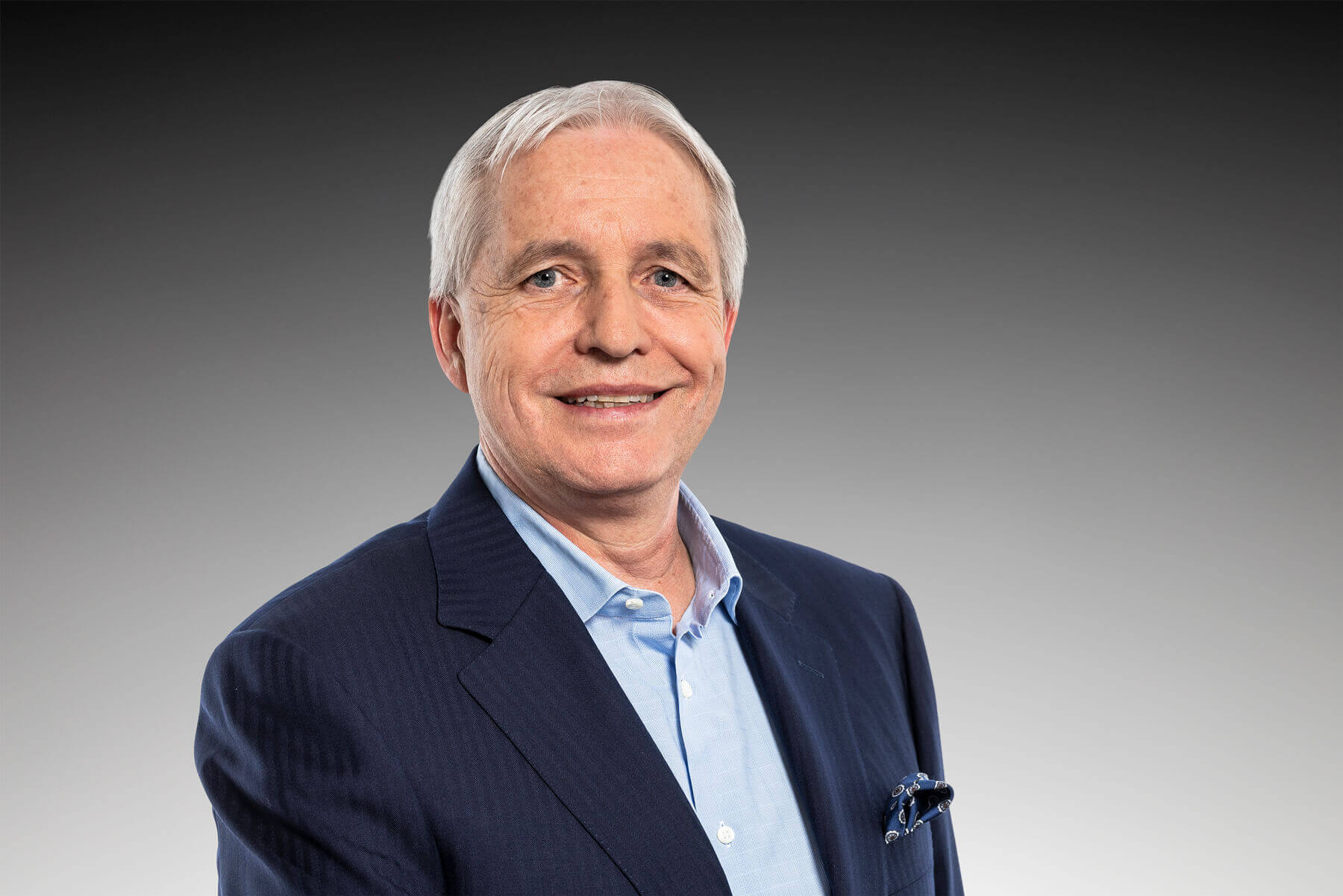 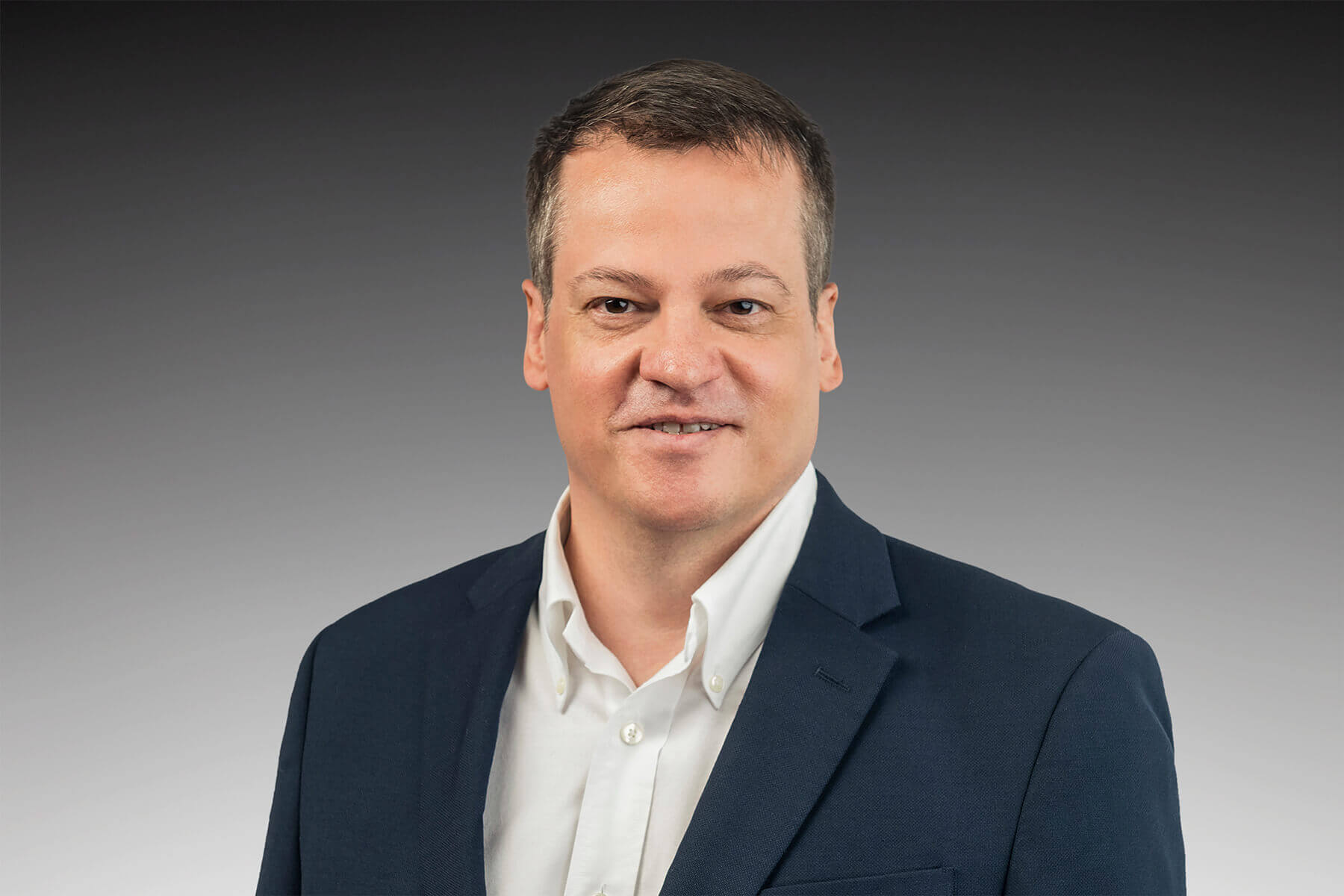 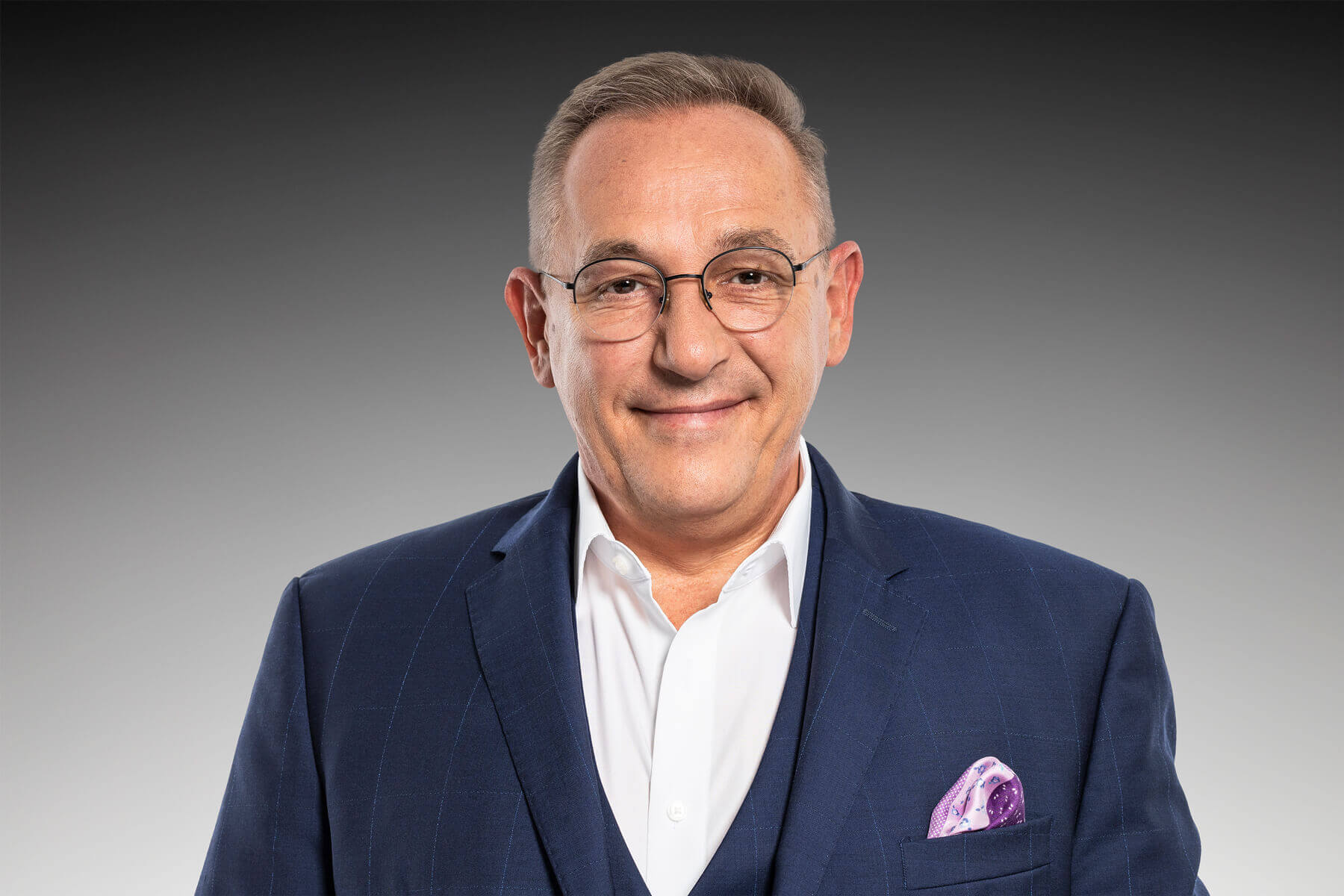 A FORWARD-LOOKING APPROACH TO BUSINESS

Corporate social responsibility is important to us. We believe that taking economic, environmental and social factors into consideration leads to long-term business success. This approach has a long history at Schneider, as we have more than 155 years of experience.

We have an excellent reputation on the market, among our business partners and employees. We put emphasis on integrity. We do business ethically and we comply with all the relevant legislation and regulations.

Our employees work to ensure that our customers receive a high quality, reliable service. People who work for us understand their roles and responsibilities and provide the required standard of quality.

We offer our employees a pleasant, open working atmosphere and fair, performance-based salary scales to keep their levels of motivation high.

The health and safety of our employees in our workplaces is the highest priority of our management team. We treat one another with respect, tolerance, appreciation and fairness.

We take ongoing technical and organizational measures to reduce the consumption of resources within our business or, in some cases, to eliminate it altogether. We give preference to environmentally friendly, low-energy products and services, provided that they are as appropriate and cost-effective as the available alternatives.

Our customers, suppliers and subcontractors are included in all our efforts to the best of our ability. We maintain contacts with public authorities, institutions and the general public so that we can take the appropriate measures if required.

SUSTAINABILITY IS MORE THAN JUST COMPLYING
WITH LEGAL OR OFFICIAL REQUIREMENTS

This website uses cookies to improve your experience while you navigate through the website. Out of these, the cookies that are categorized as necessary are stored on your browser as they are essential for the working of basic functionalities of the website. We also use third-party cookies that help us analyze and understand how you use this website. These cookies will be stored in your browser only with your consent. You also have the option to opt-out of these cookies. But opting out of some of these cookies may affect your browsing experience.
Necessary Always Enabled
Necessary cookies are absolutely essential for the website to function properly. These cookies ensure basic functionalities and security features of the website, anonymously.
Functional
Functional cookies help to perform certain functionalities like sharing the content of the website on social media platforms, collect feedbacks, and other third-party features.
Performance
Performance cookies are used to understand and analyze the key performance indexes of the website which helps in delivering a better user experience for the visitors.
Analytics
Analytical cookies are used to understand how visitors interact with the website. These cookies help to obtain information about the number of visitors, bounce rate, traffic source, etc.
Advertisement
Advertisement cookies are used to provide visitors with relevant ads and marketing campaigns. These cookies track visitors across websites and collect information to provide customized ads.
Others
Other uncategorized cookies are those that are being analyzed and have not been classified into a category as yet.
SAVE & ACCEPT
Powered by